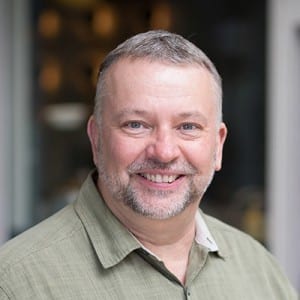 Since the mid-20th century, humans have adversely contributed to the global warming phenomenon through emissions of greenhouse gases. Atmospheric concentrations of carbon dioxide (CO2), methane (CH4), and nitrous oxide (N2O) are at unprecedented levels in at least the last 800,000 years [1], mainly from anthropogenic1 causal factors. In 2018, the transportation sector in the United States generated approximately 1,877 million metric tons, (megatons, Mt) ofcarbon dioxide equivalent (CO2e)2 of net emissions [2], with aviation contributing approximately 9% (approximately 175.5 Mt CO2e) of total transportation-related greenhouse gas emissions [2] from burning jet fuel or aviation gasoline. Projections based on estimated fleet growth show that the global aviation industry would contribute approximately 1,800 Mt of CO2 in the 2050 timeframe (approximately 350 Mt CO2e emissions from the United States) without any changes to the current technological or operational paradigm [3, 4].

To provide a framework for enabling impactful changes in the aviation industry required to minimize the impact of anthropogenic greenhouse gas emissions, specifically emissions from aircraft operations and the use of jet fuel, the Air Transport Action Group (ATAG) established a series of climate change goals. These goals ultimately seek to reduce aviation’s CO2 emissions to approximately 400 Mt of greenhouse gas emissions in 2050. ATAG presumes that a combination of advanced technology, improved operations, efficient air traffic management, and sustainable propulsion will be required to meet the CO2 emission goal [3].

From 2018 – 2019, an operational evaluation of the TASAR concept was conducted at Alaska Airlines3 with three TASAR-equipped Boeing 737-900ER aircraft [6]. A primary objective of the operational evaluation was to quantify the anticipated benefits of TASAR; namely, reduction in fuel burn and reduction in flight time, ultimately leading to a reduction in direct operating costs for a given flight [5, 7]. Data from the operational evaluation provided estimated fuel burn and flight time reduction, and these metrics were converted to direct operating cost savings [8]. Using the estimated fuel burn reduction, greenhouse gas emission reductions can also be estimated across a representative portion of the domestic United States airline fleet due to the application of the TASAR concept. The long-form report (in progress) defines the methodology for data analyses, and presents detailed findings based on the analyses. The next section of this executive summary summarizes those findings.

Based on the analyses conducted for the TASAR concept, approximately 545,000 metric tons of CO2e greenhouse gas emissions (Mid Estimate, Table 1) could be eliminated annually by implementing the TASAR concept across a fleet of appropriate vehicles4 conducting domestic operations in the United States. In the discussion of the “flexible tracks/free-route airspace” operational enhancement in the Waypoint 2050 report, ATAG estimates that up to 500,000 metric tons of CO2 annually could be saved when fully implemented over European airspace [3]. The ATAG estimate is consistent with the estimate from the analysis for the TASAR concept in domestic United States airspace.

Figures 1 – 3 below provide estimates of annual greenhouse gas emissions reduction by airline, by aircraft type, and by flight duration using 2018 operational data. These estimates are based on similar assumptions presented in Section 4 of reference [8]. The error bars indicate 95% confidence intervals around the estimates.

The TASAR concept and its associated technology were developed at NASA and tested in an operational evaluation on revenue service flights with Alaska Airlines. The results from that operational evaluation validated the cost-saving benefit estimates for the concept and provided researchers with real-world data to be used in subsequent analyses. This activity focused on analyzing those data to determine estimated greenhouse gas reduction benefits across a representative portion of the domestic United States airline fleet due to the application of the TASAR concept.

The data analyses show that there is the potential for significant emission reductions by applying the TASAR concept in operations. The TASAR analyses of emissions reduction based on operational flight data aligns well with the ATAG operational efficiency scenarios. This confirms that cumulative emissions reduction on the order of 10% by 2050 is a reasonable estimate, assuming widespread application of flight-optimizing technologies and procedures such as TASAR. A full report will be published in late Spring of 2022 that will provide detailed information regarding the analysis techniques and will further discuss the results.

[1] Intergovernmental Panel on Climate Change, “Climate Change 2014: Synthesis Report. Contribution of Working Groups I, II and III to the Fifth Assessment Report of the,” IPCC, Geneva, 2014.

2 Greenhouse gas emissions are quantified in literature as CO2-equivalent (CO2e) emissions using weightings based on the 100-year Global Warming Potentials. The 100-year Global Warming Potential of a greenhouse gas is defined as the ratio of the accumulated radiative forcing within a specific time horizon (e.g., 100 years) caused by emitting 1 kilogram of the gas, relative to that of the reference gas CO2 [13].

3 The use of trademarks or names of manufacturers in this report is for accurate reporting and does not constitute an official endorsement, either expressed or implied, of such products or manufacturers by the National Aeronautics and Space Administration.

4 This estimation method assumes that modern mainline jets (e.g., Boeing 737, Airbus A320) across the top 10 U.S. airlines based on number of domestic operations were considered candidates for TASAR equipage. Regional jets and older aircraft were assumed to not be candidates for TASAR for the purpose of this calculation. Alaska Airlines has turned to APiJET to fully develop, optimize and ultimately deploy TASAR across its entire fleet.